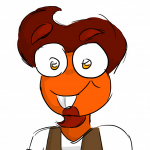 I've played Poptropica since I was a five year old kid, back in 2007. I found the site while checking out FunBrain.com (and quickly decided it much more entertaining). I appeared in the community around 2011, being a young commenter with the name "Puterpop". The name stuck, and in 2013 I finally made a WordPress account. A hop and a skip later, I was a new author on the PHB, the first Poptropica fan blog. Lots have happened since then - my series called Poptropican Portraits in which I would draw kids from the community - my Poptropica Walkthroughs and Cheats series, bringing in thousands of views each video - and now the merge of the two biggest Poptropica fan sites, the PHB and the Poptropica Wiki, creating the reformed Poptropica Help Network.

I am the executive manager here on the wiki, meaning that I oversee the content and theme of the wiki. I'm responsible for the logo, background and color scheme as of now. I also handle any big scale graphics.

My biggest project ever, as you may have guessed, is the renovation of the Poptropica Wiki. I oversee content, and with the merge and my admin rights, I've been cleaning up the sloppy handling the wiki before had been treated with. Over 700 pages to re-create - I hope to eventually finish this huge undertaking.

Puterpop (Messy Sinker) is my very first account, being created in 2007. At the time of creation, I was 5 years old, so Poptropica's servers still thinks I'm one year older than I actually am. I forgot my password to my account a few years later, and made a new account (puterpoptropica, Bashful Whale) soon after. Bashful Whale is the account with most old and rare items on it, with pages of store items.

In early 2013, I got the notion to contact the Creators about my missing account password - to my surprise, soon after I got an email providing my account's username and password! Puterpop is still my main account, with my iconic look preserved - buck teeth, fancy hair, and a dashing goatee.

1 of 4
Add photo
My Poptropican is the mascot of my PWAC series (discontinued), being viewed by thousands. In late 2014, an unnamed Poptropica Creator who goes by the alias Dr. Lange illustrated me along with the rest of the at-the-time current Poptropica Help Blog staff. In 2015, my Poptropican appeared on an advertisement for Poptropica on FunBrain.com, along with many others such as Slanted Fish and Spotted Dragon.

During a conversation with Christopher Barney, a Poptropica developer, he told me that I was one of the best known players of the game. 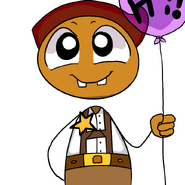 By Brave Tomato
Add a photo to this gallery
Retrieved from "https://poptropica.fandom.com/wiki/User:HPuterpop?oldid=103448"
Community content is available under CC-BY-SA unless otherwise noted.