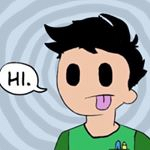 I was promoted to Administrator on the 27th of December, 2019 and I edit this wiki almost daily.

I won a contest for r/nonmurdermysteries back in July 2019 for the subreddits logo, (unfortunately, the logo is squashed down and my name in credits only appears in Old Reddit.) I like to solve puzzles and encrypted stuff for fun.

As of 2019, I've created two puzzles, and plan to create a third involving a YouTube series. Puzzle 2: https://puzzle2.glitch.me

Speaking of puzzles, I was made the first moderator of a Discord server of a cipher solving site called dCode on the 10th of May, 2020.

My Blue Tornado account has been around since 2013, but I've been playing Poptropica since 2011.

Retrieved from "https://poptropica.fandom.com/wiki/User:DrawnSwords?oldid=120413"
Community content is available under CC-BY-SA unless otherwise noted.