Steamworks Island
Skullduggery Island was the 13th island on Poptropica. It allows you to travel to islands as you earn doubloons and defeat pirates and sea monsters. This island was one of the earliest and hardest islands on Poptropica.

This island starts with an Island called Fort Ridley, a place left in poverty by the notorious pirate Captain Crawfish. First you will land on Main Street in Skullduggery Island. Then, you must walk all the way to the right and over the bridge. Then go under the bridge. Then walk left again and get the doubloon. Use the doubloon to buy the bag of grain at the store. Then take the broken mirror on the top shelf. Give the grain to the man with the chickens and he will give you a chicken. Give the chicken to the farmer to keep away the pests and he will give you a blue candle.

Go to the house on the hill and use the blue candle in front of Governor Roland. This will reveal a secret message on the parchment. Now go to the telescope at the docks and look for the raft. When you see it, use the mirror icon at the corner of the screen. A man will bring his raft to shore and you can use it. Dangers you encounter are big pirate ships, whirlpools, thunderclouds, rocks, and gigantic sea monsters (crab, octopus, puffer fish). You can pick up salvage to get cargo and doubloons. If you kill a monster or a pirate ship, you get salvage.

Go to each island and collect the pieces of the map first. (It does not matter which order you do them in - this is just one way you can do it.)

Go to your right and into the water and step on the head of the dragon statue floating in the water first. It will reveal a mallet. There is a bell to your right. Hit it with the mallet and fish will jump up. Push the fisherman on his box above you so that the fish hit his line when they jump. After you do this, the old man will give you the piece.

Go to your right. There should be 3 potted plants hanging from the ceiling. Jump towards the 3rd one, the 1st one and the 2nd one; in that order and you will get the other piece.

Get the cannon starter kit on the high ledge. Then look for a barrel of explosives and push it under the gold tooth of the skull rock. Fire the cannon to your left and the cannonball will set off the explosion causing the gold tooth to drop out revealing another piece of the map.

First, go into the pub. Grab a cracker from the second level. Talk to the parrot outside and he will fly off. Follow his clues and find the pirate who owns him. Talk to him and then use the cracker to lure the parrot to him. After this is done, you will receive another piece.

There is an arch at the center of town with a pattern on it. Turn on the lights and try to match the pattern. The tricky part is, when you turn one on, another two shut off. After you finish, another piece of the map will appear.

Trading in this Island is the most efficient way to obtain Doubloons. Following the next list is the best strategy, as the Buy prices on each island are the lowest and the Sell prices are the highest. The highest amount of Doubloons obtainable is 18,725,999 doubloons.

Ships you can get are the raft (default), Jimmy Rigger, Carabelle, Sea Sultan, The Koi, Steaming Fury, and the Phoenix Warbird.

The crew members you can hire are:

And repeat until you feel you have enough doubloons to buy a ship, or pay a new crew-member. After you get enough money to buy the Phoenix Warbird, use the ship to sink Captain Crawfish. Then go back to Fort Ridley and get the Bone Shovel and the Map. Follow the directions and go to Skullduggery Island and retrieve the treasure. Captain Crawfish will arrive and attempt to take the treasure from you but your crew sinks his ship and you all go back to Fort Ridley to receive the Island medallion. 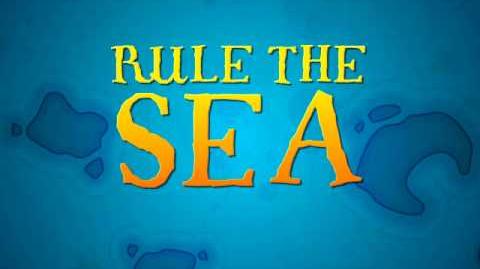 Poptropica - Skullduggery
The trailer for Skullduggery.
Community content is available under CC-BY-SA unless otherwise noted.
Advertisement