Shrink Ray Island
Red Dragon Island, officially Magic Tree House: Red Dragon Island, was the 19th island on Poptropica. The title of the video for the preview is called "Kanji Secret." Kanji is the characters that people use in Japanese writing. The video description of the YouTube video states "A new island is coming to Poptropica! What will the name of this new island be? The Kanji holds the answer!" The Kanji in the video is 赤竜, translated in Japanese as Red Dragon.

You'll arrive in Main Street next to a lady and her dog after on the blimp. First, run to the very right of the screen and enter the garden next to the blue house. You'll see a ball of light that two kids called Jack and Annie are chasing. They'll say something like: "Quick! Let’s get to the tree house!" Go over to the tire hanging from the tree to the right and jump on it to make it come off. Now push the tire all the way to the left of the screen and go back to main street while pushing the tire with you.

You return Jack his glasses and grab the books from the left and right sides of the room. Then use the one that's about Japan and your Poptropican will say: “I wish I could go there!”. Now the tree house will start zooming through the air. You'll arrive in Ancient Japan, and you'll get an Amulet from Jack and Annie.

Just keep running left and the two samurai will tell you off for not having a Passport and take you to jail. You can talk to this prisoner there and when you're ready to leave, use the amulet to get you back to the treehouse. Now go out of the treehouse again. Run left and enter the place with the bonsai trees out the front. Talk to the lady there for a bit and she'll give you a Kimono.

Oh, and just like magic there's a passport in the pocket. Lucky you! Yay!

Go to the next screen to the left, and you'll see Annie and Jack getting taken off by the shogun and his soldiers because they don't have passports. Now run across the bridge and go to the next screen. Now you can talk to that man at the market place a bit, but what you should do is run up to those stairs leading up to that entrance in the wall and grab the rotten fish. Now enter through the entrance.

Go back 2 right screens again to where the dancing dragon was and you'll find a group of guys, one of them guilty of stealing. Ask to help and you'll group them into the right order to find the guilty one. Here's the order: Person who says they were not next to somebody with a hat in front, person who says they were not next to someone with a mustache or glasses next, guy with a hat and no mustache, guy with a hat, glasses and mustache, and the guy with only a mustache. When you get it right you'll receive a betting slip.

Go back to the screen where the bridge was to the right screen and walk onto the bridge. Use the bag of Mortar and you'll be able to fix the bridge. This will allow the Sumo wrestlers to cross the bridge. A sumo wrestler will come running across, knocking some Bonsai Scissors out of a lady's hand.

Now go under the bridge and use your rotten fish to try and catch the Kappa. Eventually you'll get it. Go over to the right screen and enter the bonsai hut. Use your bonsai scissors and you'll be able to trim a tree. Try and get it to look exactly like the picture. Once you're done exit the hut.

Go left 3 times and jump up the stairs to where a sumo match is about to start. Enter the entrance and talk to the guy with the frown next to the Sumo wrestler. Talk until he asks you to sign autographs for him. Once you've done that go over to the other sumo wrestler to the right and eventually you'll get the chance to fight in place of him.

When fighting just dodge him when he charges at you until he crashes out of the stage.

Go back to the place where the mortar and the hut was, talk to the ninja master for a bit and you'll begin your training. Complete training and then run to the right and talk to him again. He'll ask you to fix his wall. Do that and then run right and he'll say to bring Shogun to him. Okey Dokey then!

Run back to the place where you got the note from Annie and Jack. Use your claws to climb up the wall. Keep climbing up to the to and the go left. Use your smoke bomb to make the guy guarding's eyes sting. Quickly sneak past and jump on the building. Enter the window.

I won't give every last detail here because it's pretty obvious what you need to do. Use the ninja stars to cut the ropes and kill the lights, use the smoke bombs to make the guard's eyes sting to sneak past them, use the claws to climb, the grappling hook to well... grapple on hooks and the stick to defend and jump high. Collect the keys and pieces of paper to unlock doors.

Jump up to the top of the mountain where you'll find a cloud dragon. Jump on his back. In this mini-game you'll have to shoot your icicles or water or something at the red dragon and at the buildings he burns to put fire out. When you're running low on icicles or water, you'll have to refill by going through clouds. If all the buildings get burnt down you'll lose and will get the option to do it again in easy mode. (Easy mode means you get unlimited icicles without having to refill in clouds)

To win, shoot enough icicles at the red dragon to defeat him.

Now that you've saved Japan, go back to the tree house and use your frog creek book to get back home. Annie and Jack will give you the Island's Medallion and 50 credits. 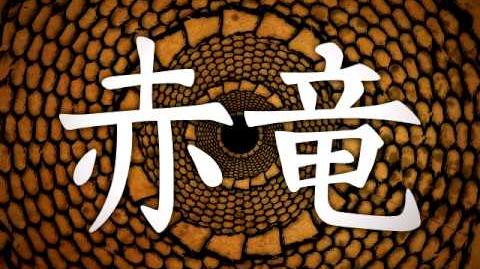 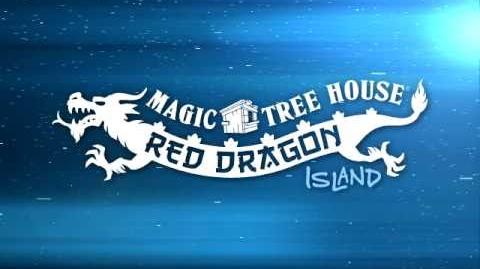