Poptropolis Games Island takes place on Poptropolis which rose from the sea. Here is the description from Poptropica:

The beginning to the island is pretty self-explanatory. After the cool intro sequence, just walk to the right and talk to the guy with the microphone. Follow him to the Colosseum to participate in the games. After the opening ceremony, where the archer starts the torch with a flaming arrow, walk over to him again and speak with him to select your first event. Listed below are guides to all the events in Poptropolis Games with all the cheats and secrets you need to win all of the games to win the medallion!

The goal in archery is to get the highest score using ten arrows. In theory, the highest possible score is 100, meaning you'd get a bullseye on every shot. Archery is one of the easier events in Poptropolis Games. Here's how to play. First, pay really close attention to the wind direction and speed. Line your cursor up to the center of the target and then adjust the position to the left or right based on the wind direction and the speed. The best thing to do is to take a few practice rounds to get a feel for how much you need to move based on the wind.

In Diving, you will leap from the top of a waterfall while attempting to complete diving routines. Each routine is a series of flips in certain directions. To do the flip, just hold your mouse cursor to the left or the right of your Poptropica character as you dive down. When you complete all the flips, click the mouse to finish the dive correctly. If you perform perfect dives, you will get 10 points for the first round, 15 points for the second round, and 20 points for the third round. The highest possible total is 45 points.

Hurdles is a simple race where you need to time your jumps over hurdles. If you jump to soon or too late, you'll hit the hurdle and slow down. It can be a little tricky to get over all the hurdles cleanly. The good news about this event is that no matter what, you'll place 1st, 2nd or 3rd overall.

In Javelin, your goal is to toss the spear as far as you can. There are two controls. The first is the angle of the shot. Click once to set it. You're aiming for the green area. Once you do, the power meter will start immediately. Click when it's in the green zone. Click too soon and you'll have a wimpy throw. Click too late and you'll foul out. You get three chances to try and get the highest distance possible. There aren’t any real cheats or secrets here: just go for the green! The power meter has the biggest impact on your throw. You'll want to try and time it to hit just at the very end of the green zone. If you do and you've angled the shot okay, you can get a pretty long throw. Your longest throw of the three attempts will be your final score for the event.

The Long Jump is another distance contest where you get three attempts. To start, click and hold the mouse button. Release the button right before you get to the end of the runway (don't wait too long or you'll fall into the mud and get a foul). Once you release the button, you'll jump into the air. Click again as soon as you've reached the highest point of your jump to "extend" it. Your longest jump of the three will be your final score.

Pole vault is yet another distance event but with a difference in how it starts. You'll get a countdown and then you'll start running automatically. Click and hold once to plant your pole just as you step into the Launch area. Release to release the pole. If you time everything correctly, you'll sail over the bar and land with good distance. Your longest distance of three attempts counts as your final score. Usually, if you get higher than 48 meters, you'll win the event.

Power Lifting is one of the longer (and more difficult) of the events. You'll start with 100 kg of weight. You need to click on a moving target that arcs back and forth above you. If you click on it and "hit" it will turn green and you'll lift the weight a little higher. If you click and miss, or wait too long to click, it will turn red and you'll drop the weight a little lower. You need to get enough green "hits" to lift the weight completely and move to the next round. Each subsequent round gives you less time, the weight doubled, and a faster target to hit. A good tip is to be a little patient since getting lots of misses only makes it harder to lift the weight all the way. Good luck!

Shot Put is another angle/power combo event but with trickier controls. First you set your angle with three clicks. You want to try and get all three into the green zone. If you miss a little with one of the earlier clicks, you can adjust for it with the next one. Your final angle of throw will be the dotted line. Next comes the power setting. Your goal here is to click when all three dials are in the green zone. The easiest way is to watch the outer ring, which is moving the slowest. Every other revolution of the outer dial will produce a brief moment when all three are lined up in the green. This is at the precise moment when the outer ring is at the very top. It happens in a split-second, but click right then! If you've got a good angle and time the power just right, you'll get a great throw. You get three attempts and your longest distance of the three counts as your final score.

Also called Skiing, you must ski down a slope of molten lava (isn't Poptropica great?) avoiding obstacles in the way. Try to ski between the torches to boost speed and go up rock jumps to soar over obstacles (I BELIEVE I CAN FLY!). Get to the finish line in the shortest time possible to win.

Triple jump is a lot like the long jump, but you need to get the timing down. Click and hold the mouse button to begin. Release as soon as you get to the first white line. Then quickly click again each time you land for the next two jumps. Your timing needs to be good or you'll fall between the platforms and get a foul. Just as with most of the other events, it's your best score of the three attempts that counts.

Basically what you do here is move your Poptropican around with the mouse and bounce the volleyball on your head (ouch!). To score a point you must bounce the ball over the net and it must hit the ground on the opposite side. Why is it called Octopus Volleyball? Because there is a massive orange octopus playing against you. The octopus can also score points the same way you score points. First one to 6 points win. Oh yeah, practice is highly recommended because that octopus is ON FIRE!

And Now, The Moment You've All Been Waiting For...

Following all the events, the official results will be revealed. Remember that you don't have to win every event to get the highest overall total. Very few competitors will win multiple events, so as long as you've generally placed in the top 3 or so each time, you should win easily. If you win, you get the Island Medallion! If you lose, you have to try again! Congrats!

10th
Add a photo to this gallery

As of September 27, 2013, Poptropolis Games Island is announced to be returning on the Poptropica Creators' Blog, there is a new trailer and there Member Only Items will return as well and the old bonus quest.

On 22 October 2013, the Creators asked all Poptropicans to participate in the Poptropolis Games Island 2013 Dig. When you arrive on the island you will drop down on a floating platform with a diving chamber. You must enter the diving chamber to dive down into the sea, navigate past rocks and fish and sharks and dig up the Poptropolis Games. You can only dig a bit and then you will be transported back up to the surface. Whichever tribe contributes the most will be immortalized in the Main Street of the Poptropolis Games 2013 Island. The Wildfire tribe was victorious.

This tribe hopes to have more than an inkling of victory in the Poptropolis Games.

This tribe will rise and fall on the wings of their dreams. Maybe you can help them achieve such great heights!

This tribe intends to plant the flag of victory in the heart of Poptropolis—and we suspect they'll stop at nothing to do it!

The Nightcrawlers might look like pushovers, but they're used to being used as bait. Watch out they don't hook you!

Proving that good things come in small packages, the Nanobots are programmed for victory. Will you help them execute the gold-medal download?

Usually when you call somebody "yellow," you're calling them a scaredy cat, but this tribe takes it as a compliment. When you see yellow, you'd better run!

There's only one route to the gold medal, and this tribe thinks they know which way to go. Maybe you'll help them get there!

Winning a competition as tough as the Poptropolis Games takes more than talent. It takes a burning desire to win. Do you have the fiery passion to join the Wildfire?

One of the teams for the poptropolis games. 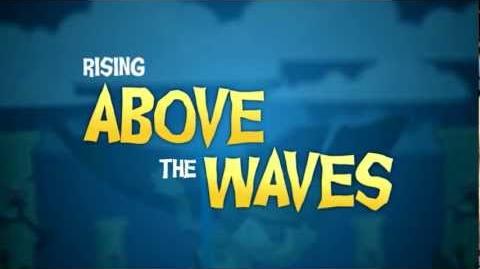 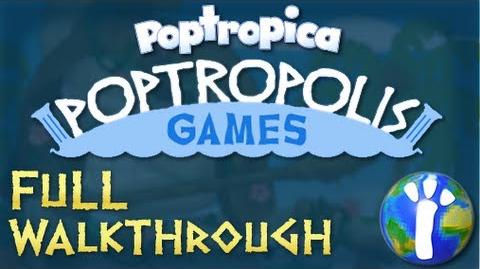 On the Daily Pop

Head in the Clouds

The Distance in Your Eyes

Bot Kickers
Add a photo to this gallery

Retrieved from "https://poptropica.fandom.com/wiki/Poptropolis_Games_Island_2013?oldid=122028"
Community content is available under CC-BY-SA unless otherwise noted.