Poptropica Wiki was founded on June 11th, 2008 by user Jakeejakee, and thus being the first ever Poptropica fansite. The wiki was created (and purpose is still today) for the online virtual world, Poptropica. Bob Bricks took action after a few more adoptions and hired a handful of new staff members, of which created the basis for the wiki and contributed the majority of content the wiki has now.

From there, the original wiki split off with another provider and this wiki continued on.

On June 11, 2008 Jakeejakee, founded Poptropica Wiki, creating the first ever Poptropica blog/fansite/walkthrough site, making the first edit on his userpage. A few users joined the wiki during the year, adding a few new pages. A little over two months later, Alejolink11 adopted the wiki, however he only edited for two days and was never seen since. 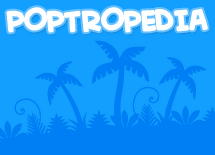 In 2009, Jakeejakee became very inactive and Greennave adopted Poptropica Wiki (renaming it as Poptropedia) during the beginning half of the year. Greennave edited quite a bit for a few months, but then became inactive. Users continued to edit the wiki, continuing it's growth.

In April of 2010, Greennave hired Love Monkey 32 as a bureaucrat and admin to help out, since they had (and still hasn't) edited since early 2009. Love Monkey 32 suffered the same fate as Greennave become inactive only a few months after being hired. Lifti332 and Blue Tornado, who had both been big editors during inactivity of the admins, adopts the Wiki and continues with editing.

In 2011, Lilfti332 hires InSpeck to help out with editing and admin stuff. They also changed the name of Poptropedia back to Poptropica Wiki. Once again, the fate of the previous admins hits, and all three admins become inactive. The wiki, at this point, has grown quite a bit and vandalism begins to cover the wiki.

Vandalism continues to overtake the wiki and Bob Bricks decides to adopt and fix the wiki. He hires many of the big editors of the wiki to become admins. These include: Superdadsuper, NBerkhof, and DeeBradleyBakerFan. Later that year, DaranNorrisFan6 (now Ultimate iPad Expert) joins the admin staff, becoming the Chief Vandalism Remover. MalachiBoaz, one of Poptropica Wiki's biggest vandals, is banned permanently. Soon enough Bob Bricks steps down as Chairman and NBerkhof becomes the new chairman, with Superdadsuper as his Vice Chairman. Legofan100 joins the admin staff.

AwesomeOrange89 is promoted Chairman with Ultimate iPad Expert as his Vice Chairman. TronX7 is promoted to Chief Vandalism Remover. After the Poptropica Help Blog creates the Poptropica Help Wiki, Ultimate iPad Expert and AwesomeOrange89 decide to contact them about a partnership. The deal goes through and the two sites become part of the Poptropica Help Network. Following the deal, PHB authors HPuterpop and TheSlantedFish become admins. Elections begin in April (due to a decision to have two elections per year) and Ultimate iPad Expert is elected the Chairman. He decides to remove all titles (Chairman, Vice Chairman, etc.), however, he remains the main leader of the wiki. On June 28, editor Ylimegirl is added as an admin; Bob Bricks and DeeBradleyBakerFan are removed from adminship; and former Chairman AwesomeOrange89 steps down from all positions on Poptropica Wiki staff.

A plan for the future ensued - however, soon after they split off from this wiki for another provider.