Ledendary Swords is a mini-quest (now an island with a medallion) about when your character decides to take a vacation from Poptropica. When you land on a planet right outside the solar system, you discover that an evil Poptropican named E.Vile has sent a giant robotic army that will stop at nothing to take over Poptropica, and you must defeat his army of robots.

On a faraway planet, a hero will rise to defeat E.Vile and stop him and his robot army from taking over all of Poptropica. But when E.Vile sends robots to defeat you, will you have a chance to stop the reign of evil on Poptropica?

You blast off, ready to take a vacation from your home planet, Poptropica. You see a planet with strange blasts coming from it, and you decide to check it out. You land to see the planet's inhabitants fleeing. You see a cave and enter. Inside, you'll see bats flying out. Now keep exploring, and you'll probably find a tunnel. Keep walking through it, and you'll receive a Skull Mask. Now move on. You will see inside a rock, the Rusty Relic sword. Use it to swipe up some Health Crystals. Now Bat Robots will fly and try to attack you. Defeat two of them with the Rusty Relic. The third bat flies out. Now exit the cave the way it did. Two Bully Bots will be talking about E.Vile’s plan to take over Poptropica. You fall in on them and they try to attack you. Use your sword to defeat them. Keep defeating more robots. You will see some robots that shoot lasers out of their eyes. Just watch out when the eyes glow and hit them. Keep defeating robots until you can move on. Now you will see the beginnings of a canyon, where there are these little missile bots. They will shoot missiles at you but you can destroy the missiles with your sword. After you kill them, you will progress into the canyon where the first boss awaits you.

The boss resembles a larger version of the missile-bots. Wherever it aims, red marks will appear like a bullseye. All you have to do is stay close to the robot so that when it launches the missiles, it will hurt itself. But beware as it can also attack with is breath. After its life is almost completely deleted, start attacking him and he will die. Then progress up the mountain, defeating robots along the way.

Once you reach the top, a giant robot will appear and start tossing boulders. Attack it continuously to make it drop the boulders. After some time it will get frustrated and start throwing rocks at extreme speeds. Keep on moving to dodge the rocks. After you defeat it, the third robot bat will escape from its dead body and reveal a secret passage. At this point you will receive The Bolt. Use it to kill all the robots in your way.

Why'd It Have To Be Spiders?

This next area is the final boss battle. You will see a muscular robot and state how lucky you are that the robot is not activated. The bat then flies in and seizes control of the robot. Run all the way to the left/right where there are two platforms and stay there. When fighting the robot, you can only attack the area of its body that is glowing. When it gets ready to pound the ground, jump up so that you won't be affected by the earthquake. Soon, the robot will explode revealing that it wears heart boxers. A message from E.Vile will then play and your ship will arrive. You then escape from the planet saying "I'll find you E.Vile."

The card for the island

A scene from Legendary Swords

The Rusty Relic in the stone.
Add a photo to this gallery 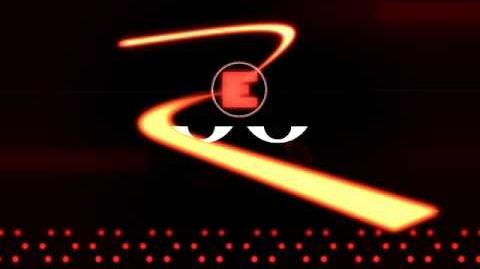 Poptropica The Legend is Coming 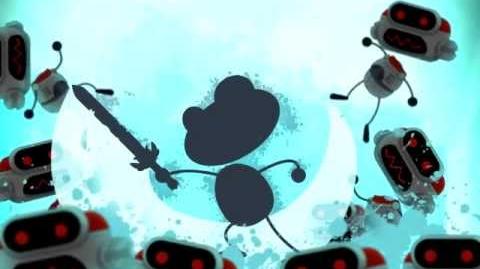 Poptropica Legendary Swords
Add a photo to this gallery

Retrieved from "https://poptropica.fandom.com/wiki/Legendary_Swords?oldid=115886"
Community content is available under CC-BY-SA unless otherwise noted.