Ghost Story Island
Game Show Island was the 22nd island on Poptropica. In it, the player competes in game shows to save Poptropica from robots.

Next, go left and enter the Factory. Once inside, go to all the way to the left, past the workers, until you find a crane. Climb up the string it is attached to. Then jump off of it onto a platform. Walk to the edge and jump to your right. Keep on walking until you find another crane that you jump onto. On your side there is an up button, press the up button so you can jump onto the next platform. Walk past those set of controls and click on the computer. Then go back to the controls and make the crane go up so you can reach the doors. Using the Toolkit, unscrew the screws of the Main Power and turn on the switch that says: "Robot Factory." The conveyor belts should stat moving. Then, the constructor lady will give you an Electric Fan.

Return to the club, go up near the vent and use your Heat Vision Googles. You will notice that someone is in the vent, but escapes. After that, go outside and use the Electric Fan to blow you up to the window right next the club. Use the Toolkit to unscrew the screws again and you can enter through the window. Inside, you'll find the Inventor, but he will run away through the Roof Access door. Find it and, using the Heat Vision Googles, write the combination. The combination is: 2014. The Inventor will be cornered, but he will talk to you. He'll give you a Jet Remote Control and ask you to win all of the Game Shows.

Use the Jet Remote Control and first, go to Istanbul. There, find the constructor man and talk to him. He will ask you to help him. Follow the instructions and move the minaret to the 4th podium. After you help him, he will give you the "Scaredy Pants" Ticket. Play it. You have to complete 3 challenges against-the-clock. In the first one, you have to swim, find the glow stick and return him to the start zone in 60 seconds without being electrocuted by the robot fishes. In the second one, you have to put the mouses, spiders and snakes in their respective zones. In the third one, you have to keep your balance all the way across the rope, taking care of the fans. Wins the player with the highest score.

Now go to Miami. You will see two robots discussing. The one on the right is the spin for riches game show host, the other is just trying to destroy the prizes. Talk to the host and help him. You just have to tilt the awnings by jumping on them to safely get the 3 prizes to the host. As a reward, he will give you the "Spin for Riches" Ticket. Play it. It's pretty similar to Hangman Game. You have to spin a wheel. You can get some letter, you can have chance to choose one letter and you can lose a turn. If you already know the word(s), you can choose "Solve" and complete it. Wins the player with the highest score.

Now go to Buenos Aires. Go to the left until you find the clock tower. Click on the gears and now you have to turn them until they form a single line. After that, Muscleman will give you his "Kerplunk" Ticket. Play it. In this game show you have to, avoiding the obstacles, be the first one to finish at least 2 out of 3 courses.

Now go to Moscow. Talk to the yellow robot and help him by changing the color of a row of windows until you find the right code. After that, a helicopter will land on top of the building. Go there and talk to the robot. He will give you the "Brainiacs!" Ticket. Play it. It's a quiz and you can choose the topic of the question. You have to be the first one to give a right answer to earn points. Wins the player with the highest score.

Now go to Tokyo. Head right and enter the Service Entrance door. Now you're gonna have to quickly click on the pieces of the circuit to make a complete path. Then one of the robots will give you the "Mr. Yoshi's Super Terrific Challenge" Ticket. Play it. You have to complete 3 tasks against-the-clock and amuse Mr. Yoshi. He's must be amused in all of the three, otherwise you lose. In the task #1, you have to form a tower with the blocks that reads: "YOSHI." You have to rotate some blocks to reveal new letters. In the task #2, you have to click on the eggshell repeatedly to crack it. In the task #3, you have to knock down all the ten bowling pins. 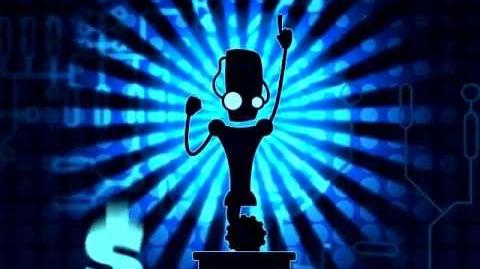 What it looks like on the map
Community content is available under CC-BY-SA unless otherwise noted.
Advertisement